Jasmine was the goalie for the U19 Team Canada East that captured Gold at the 2012 U19 World Championships, and she has recently been named to the Senior National Team as well.

- Has been a ringette instructor since 2007

- Other sports include track and field, softball, ball hockey and hockey 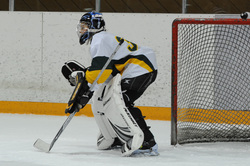 Alissa is one of the Group Leaders at our 5-Count Ringette Goalie Camp in Beaumont this coming August. She brings a variety of experience and is our first feature goalie that plays in the University/College level of ringette. 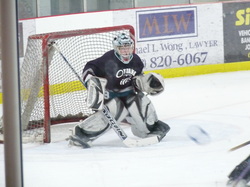 I'm in my 3rd season with the Ottawa Ice and I love every minute of it! I started playing in January 2007. A teammate on my hockey team played for Nepean Open A at the time and they were looking for a goalie, so I said I would try it out. I was too young to play but the Nepean Belle AA team said they were looking for a 2nd goalie. I went out to a practice, not knowing any of the rules, and loved it! The following year I played with the Belle AA's again. We won provincials and went to nationals in St. Albert, Alberta and came home with the gold! I played in the gold medal game, as well as most of the other games during the tournament. The following year I was drafted by the Ottawa Ice and have been playing with them (as well as Senior AA women's hockey) since.

I started playing ringette when I was 6 years old, after seeing a promotional booth set up in a mall. I started playing as a defence, then when I was about 9 I strapped on the pads and decided to play a game in net. After that game I became a part time goalie on our team, and by the end of the year I was in net every game. I've played with the Burlington Ringette Association in Southern Ontario for the majority of my playing career. In 2005/2006 I played on the Southern Ontario AAA team, and then again in the 2007/2008 season (winning silver at Ontario Winter Games). In 2009, I was a part of the Canada Polar Bear team, touring Finland, Germany, Sweden and the Czech Republic to showcase the sport. Also in 2009, I was drafted to the Richmond Hill Lightning, and still play there today. 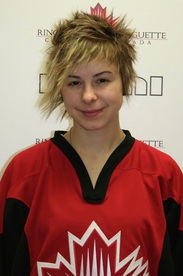 My first teeny bopper years of ringette I played for PSA Ringette. And I have been playing for Calgary 'AA' (please don't make me remember allll the names of my teams haha) ever since I hit Tween. The one year that really stands out is my first year belle; I played for the Calgary AA Altius - we went undefeated the entire season (including nationals) and we even came close to beating the Cambridge Turbo's during an exhibition fun game in Ontario after a belle tournament.And for the past 3 seasons I have been playing for the Calgary Rath in the National Ringette League. 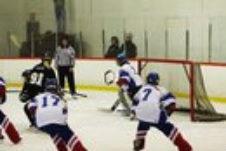 My Ringette career started 11 years ago.  I started playing Ringette in second year novice for the Dakota Lazers and I became a full time goalie in my second year of petite.

Last year was my Rookie year with the Prairie Fire.  We placed third in the Western Division and ended up with a Bronze at the Nationals in Saskatoon (10) and I received an Individial Achievement award in the bronze medal game.  Next year I will continue to play for the NRL Prairie Fire.